LegalShield provides accessible, affordable, full-service  legal coverage  to middle and low income families, individuals, home-based and small.  LegalShield gives you a lawyer in your back pocket who, at the same time, isn’t emptying it. Provider law firms across the United States are personally acquainted with your local laws  and regulations and are personally invested in your case, whether it is tenant/landlord, consumer/finance, traffic, estate planning or real estate issues

Our History
Harvard and Floy Harp founded Harps in 1930. They started the first store with $500 in cash that Harvard had saved while working in the citrus industry in California. The first store was Harps Cash Grocery and was located in Springdale, AR. Over the next 34 years they remodeled, expanded, and moved to bigger buildings as their business continued to grow.

By the early 1950’s, Harvard and Floy’s oldest son, Don, had joined them in the business. In 1964 Harps became a small chain when the second store was opened in North Springdale.

By the mid 1960’s, Don’s brothers, Gerald and Reland, were also very involved in managing the Company with Reland handling the accounting duties and Gerald the operations. Don became CEO and President in 1968 at the death of his father and continued to guide Harps with the help of his brothers. In the early 80’s, Reland retired, and in 1995, Don retired, and Gerald Harp assumed the duties of CEO and President. In 2000, Gerald retired as Chairman and CEO and Roger Collins was named CEO. In 2016, Roger stepped down as CEO and was replaced by Kim Eskew, the President, but continued to serve as Chairman of the Board. In 2018, Roger retired and Kim accepted the role as Chairman in addition to President and CEO.

In 2001, the Company did a leveraged buy-out with the Employee Stock Ownership Plan (ESOP) purchasing outstanding stock from the family and management. Since becoming employee-owned, the stock price has increased from $27 per share in 2001 to $445 per share at the end of fiscal 2018. Harps is the largest employee-owned company headquartered in Arkansas and the 30th largest in the United States. 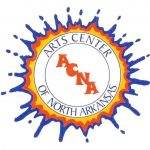 The Arts Center of North Arkansas is a membership nonprofit organization dedicated to all arts.  Classes are held throughout the month and opportunities to sell members arts, from photography, paint in all mediums, spinning wool, poured art, scultpture, writing, and more.  Also, yoga classes are held at the center.  Classes and yoga are scheduled throughout the month.  Go to our Facebook page for schedules:  www.facebook.com/ArtsCenterNorthArkansas

AZ Industries – Industrial Magnet Manufacturer & Supplier
AZ INDUSTRIES prides itself on being a one stop shop for industrial permanent magnets and magnets of all kinds. From hobby magnets to complex assemblies, AZ INDUSTRIES has become one of the top retailers in the online magnet sales market.

Having been in the magnet business for 45 years, AZ INDUSTRIES specializes in a wide variety of magnets, including neodymium magnets and bulk magnets, but also magnetized equipment like our magnet sweeper bars and the very popular FODMASTER® ROCKSWEEPER.

We manufacture custom close tolerance parts in any size and grade of magnetic material according to your specifications. We offer DFAR and RoHS Compliant material, as well as offshore materials. We have a huge variety of industrial magnets for sale. As a custom magnetic manufacturer we are able to wholesale the perfect magnets for almost any use.

In an effort to better serve our customers growing demands, we have also expanded our wide range of machine shop capabilities to include CNC machining and Waterjet cutting. At AZ Industries, we enjoy working closely with you to ensure that you get exactly what you need every time.

Call today and speak with one of our friendly staff. You will always speak with a real person, no voice mail or automated attendants. Being a custom magnetic manufacturer and wholesaler lets us offer some of the best industrial magnets for sale in the U.S.A. We look forward to doing business with you!
– Jim Adam, President, AZ Industries, Inc.